Our fourth official session was certainly a busy one and it was hugely bolstered by the amazing Chotto Desh which played in the O’Reilly Theatre. Here’s what we got up to in May!

Our fourth official session was certainly a busy one and it was hugely bolstered by the amazing Chotto Desh which played in the O’Reilly Theatre. Here’s what we got up to in May!

Chotto Desh is a really interesting work that combines documentary, dance and stunning video design. It’s completely different to any of the other theatre pieces the Council have seen together and I was very excited to hear what they’d think of their first contemporary dance piece.

May was also our first session out of headquarters and I was excited to introduce them to a new venue. Although we’re only a couple of months in, it’s always really useful to have a change of scene- and I was interested to see how they’d engage with work on a stage as big as the O’Reilly. 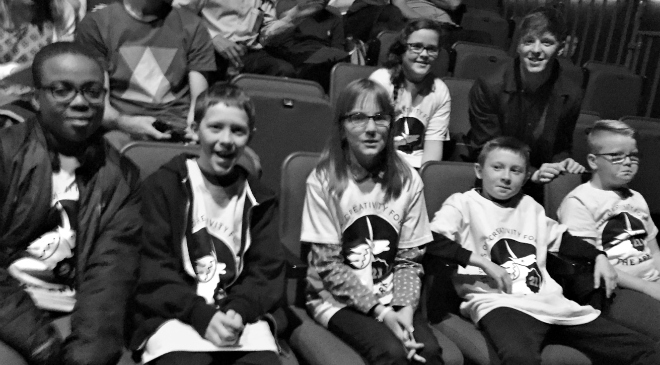 Before catching the show, we had a very interesting meeting with the Arts Council who came to meet our group and tell them a little bit about what the Arts Council is and does. Seona Ni Bhríain is currently working on an arts strategy specifically for young people so it was really cool to have her in chatting with our group about their experience of the arts at home, in school and elsewhere. It was also a good reminder for me about what experiences the young people have had so far and what they would like to see more of.

The highlight of the session would have to have been our Q&A with Dennis Alamanos and Nicolas Ricchinithe, the dancers from Chotto Desh afterwards though. It’s really amazing to see the young people grow in confidence and begin to articulate themselves more. Their critical thinking, questioning and conversation are really beginning to broaden and I love being a part of such genuine dialogue between artists and audience. 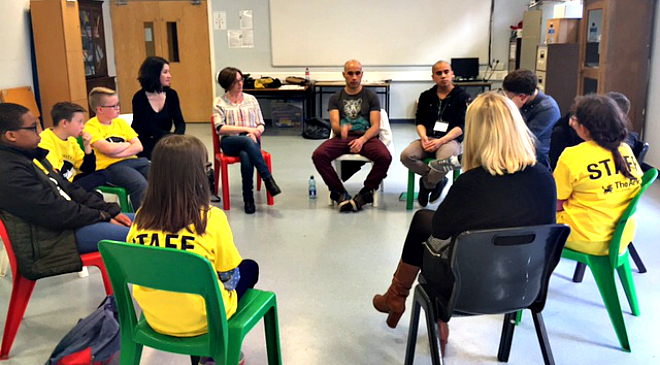 Scott is really interested in dance and it probably took about five seconds before he was up on his feet showing the Chotto Desh lads his best Michael Jackson impression. There were a number of staff from the Ark in the room at the time and it’s safe to say we were pretty delighted with ourselves.

There’s really nothing like seeing that level of comfort and enjoyment from a young person who has been enabled to take part and feels comfortable enough to share something of themselves in a group setting. I know I never would have done something like that when I was his age- and I could see the dancers were really impressed and grateful to Scott for getting up and offering them a move or two!

Following this, our Q&A quickly ascended into an impromptu dance workshop led by Dennis. The whole group got up on their feet and were brought through a rousing rendition of early noughties classic Soulja Boy Tell ‘Em. None of the kids were familiar with this song so I left feeling quite old and nostalgic but still very much inspired by the time, warmth and energy Dennis in had to share with our group.

The Ark is all about bringing creativity to our young people and this can’t be done without the interest and enthusiasm of artists like him. I remember the first actors, writers and directors I engaged with through The Abbey’s Children Workshop and how amazing it was to have conversation with them about their work and practice.
I know firsthand that there is no value on that kind of experience and unfortunately not every young person receives that level of investment from the arts in Ireland.

On the way out, we handed out notes with detail for the next session. Scott complained that it would be shorter than the rest. What can I say? Delighted. 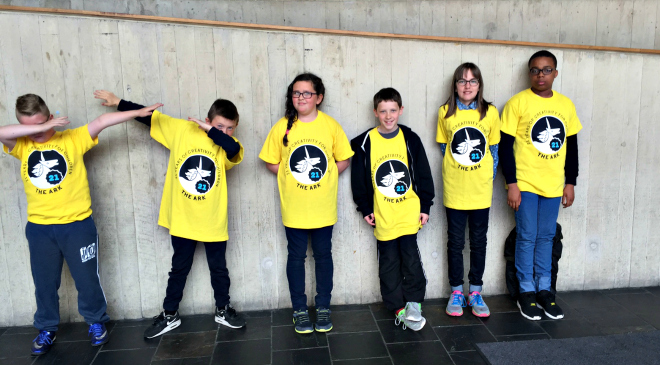 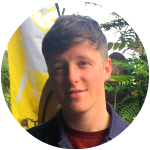 Shaun Dunne is The Ark's Artist in Residence

The Ark welcomes Carol Fawsitt as new board chair

Young Artists from our After-School Club share their Inspiration

Children are invited to share what they missed during lockdown